Tickets for the 2:00pm Proms

Tickets for the 3:30pm Proms

The annual KPO Kids Proms concert is an excellent opportunity for the whole family to experience together an exciting adventure through much loved classical music masterpieces. The program is devised for children aged 3 to 10 years – with those younger and older welcome to enjoy.  This is a fun-filled afternoon of entertaining music that will capture the hearts, minds and imaginations of children and adults alike, whilst inspiring a love of music.   Led by conductor George Ellis and narrator Emily McKnight (Emily WHO), this hour-long concert is presented in an entertaining and engaging way, allowing the audience to interact with the musicians and the conductor, and get up close to the instruments.

Audience get to sample some of the most beloved orchestral works by famous composers in an informal setting; perfect for those who might be new to classical music or might want to introduce someone else to it. These works will highlight the features and possibilities of each instrument and are sure to inspire those thinking of learning to play, both young and old.

Join us to meet Kids Proms Heroes with the Ku-ring-gai Philharmonic Orchestra and Emily Who. Who knows what we might discover along the way!

Music by Berlioz, Brahms, Tchaikovsky, Wagner and Respighi will be included along with well-known children's favourites and highlights from music for popular films.

The KPO Kids Proms are a great introduction to the world of classical music, conducting and musical instruments. An enjoyable event for both the orchestra and the audience, we look forward to welcoming you and chatting to you and your children afterwards. 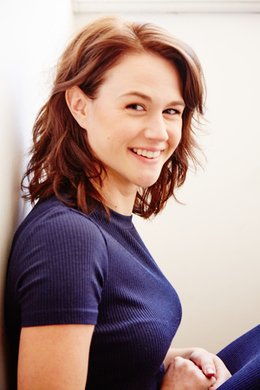 Emily McKnight is a Sydney based actor, musician and children’s entertainer. She was the recipient of the Emerging Artist award for the Sydney Fringe Festival 2019 and was nominated for Best Actor. Her theatrical credits include; As You Like It (Sport For Jove), Macbeth (SheShakespeare), TickTickBoom (subtlenuance), Gravity Guts (Company of Rogues), Ginger. Black. Brunette. Blonde. (Company of Rogues) and in 2017 she toured Australia, New Zealand and Hong Kong with Poetry in Action. Her television credits include; Jay’s Jungle (Ambience Entertainment) and Black Comedy (ABC). During lockdown, Emily performed Shakespeare plays on zoom for ‘Streamed Shakespeare’ as well as a series of children’s concerts for the Joan Sutherland Performing Arts Centre. She is also the voice of the audio tour at the Hyde Park Barracks Museum, Sydney.

Emily writes and presents children’s performances for the Sydney Symphony Orchestra and the Kur-ring-gai Philharmonic Orchestra. Emily is also a children’s singer: ‘Emily Who’ - and has recently released her third album. 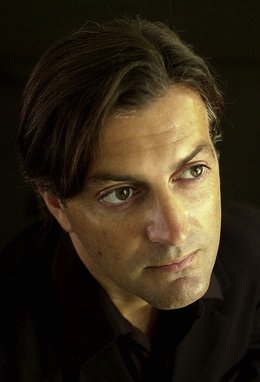 George Ellis has conducted some of Australia’s best symphony orchestras, choirs, opera and musical theatre productions. He conducted at the Opening and Closing Ceremonies of the Sydney Olympic Games for an international television audience of 3.8 billion people and conducted for Queen Elizabeth II on live national television and has performed with international artists including Lou Reed.

He has conducted the Sydney Symphony, The Queensland Orchestra, the Tasmanian Symphony and the West Australian Symphony Orchestras - the latter in conjunction with popular band Augie March. He was Musical Director for stage productions such as Snugglepot and Cuddlepie for Belvoir Street Theatre, Associate Musical Director for Man of La Mancha for John Frost Productions starring Anthony Warlow and Caroline O’Connor and Assistant Conductor to Simone Young for Opera Australia’s production of La Traviata.

His concerts have been broadcast on ABC Classic FM, including the world premiere of Matthew Hindson’s Violin Concerto, and he received first prize in orchestral composition at the Sydney Eisteddfod. He has also been orchestrator and musical arranger for artists such as Alex Lloyd and for the Copenhagen National Radio Orchestra.

He was presenter and musical director of the popular Babies Proms series at the Sydney Opera House from 2002 to 2007 and has presented orchestral concerts for children around Australia with orchestras including the Sydney Sinfonia, Orchestra Victoria and The Queensland Orchestra. He has lectured at prestigious music institutions including the Sydney Conservatorium of Music and the Canberra School of Music and presented workshops in music theatre, conducting and singing for NIDA and the Australian Society for Music Education. He is the Musical Director of the Sydney University Symphony Orchestra.

International work has included work for the Athens Olympic Games as musical director of the Millennium Choir. He has also been guest conductor with the Malaysian Philharmonic Orchestra, Kuala Lumpur.

So far in 2008, George Ellis has conducted for the movie Mao’s Last Dancer directed by Bruce Beresford. He has also conducted a season of Peter and the Wolf for The Queensland Orchestra in Brisbane. He was Musical Director for the Kids First Night Concert featuring Jade MacRae and the Sydney Youth Orchestra for the Sydney Festival for which he also presented an education concert for the Sydney Symphony at the Famous Speigeltent. He recorded the Eminence Symphony Orchestra for the soundtrack to the Japanese movie The Tower of Druaga at Sydney’s Fox Studios. year, he is also guest conductor with the University of New South Wales Symphony Orchestra.

His portrait was hung at the NSW Art Gallery as finalist in the 2007 Archibald Prize and won the People’s Choice award in Sydney and Melbourne for that year.