The KPO presents a musical feast of classical favourites on Sunday 19th November at 3pm at St Ives Uniting Church, St Ives, beginning with the concert overture to The Barber of Seville, one of the greatest of all comic operas, written by Rossini in 1816. The overture, resplendent in sparkling melodies, is delightful, brilliant and exciting. The concert will also feature Mendelssohn's concert overture, The Hebrides, which he wrote after visiting the Scottish island of Staffa and seeing 'Fingal's Cave'.

Beethoven's Symphony No. 5 is perhaps one of the most well-known pieces in the classical repertoire and many are familiar with the famous opening 'duh-duh-duh-duuuh' and the various guises in which the motif appears throughout the symphony.

The Ku-ring-gai Philharmonic Orchestra is joined for this concert by bassoonist Milo Abrahams performing two bassoon concertos. Milo was the overall winner of the 38th KPO Secondary Schools Concerto Competition 2022. Currently a year 12 student at Sydney Grammar School, Milo is warmly welcomed to perform in this concert with the KPO.

For this concert, the KPO welcomes guest conductor Monica Buckland to lead the orchestra through this wonderful afternoon of exciting and well-known music. We hope you can join the orchestra. 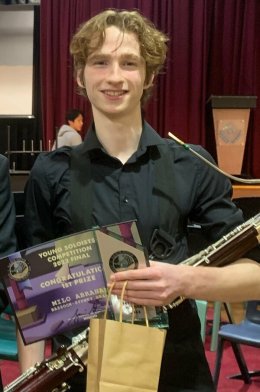 Milo Abrahams won the 2022 NSW Secondary Schools Concerto Competition. He is studying at Sydney Grammar School, where he learns bassoon under the inspiring tutelage of Clare Payne. He began playing the fagottino in 2013, at 8 years of age, growing into the full-sized bassoon in 2016. In 2017 he was awarded High Distinctions in Grade 8 AMEB exams for bassoon and violin.

Milo has participated in many school ensembles, including as concert master of the school’s orchestra in the preparatory school. He currently plays bassoon in the senior school’s top concert band, the Wind Ensemble, and in the Bassoon Ensemble. In 2016, Milo won the junior section of the Australian Double Reed Competition. Milo holds a full academic scholarship at Sydney Grammar. 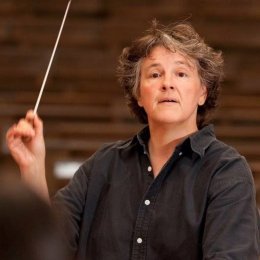 Monica Buckland is a freelance conductor, teacher and coach.

Since 1 May 2019 she has been Adjunct Lecturer at the University of New South Wales and is now Musical Director of the Balmain Sinfonia.

From 2016 to 2019 she was Musical Director of the New Tyneside Orchestra, UK. She continues to teach at Durham University and the Palucca Hochschule, Dresden.

In November 2015, Monica Buckland was elected an «Associate of Newnham College, Cambridge». 2008–2014 she was Artistic Director of the Universitätsorchester Dresden (Germany). She also lectured at the TU Dresden and the Palucca University of Dance, where she has been part of the MA Choreography team since 2017. 2004–2006 she was Director of the Conservatoire Supérieur et Académie de Musique Tibor Varga in Sion (Switzerland).